Excel's function works almost exactly the same as . This handy formula allows you to pull a specified number of characters from a string, starting with the leftmost characters and working right. Use it to extract data that lies on the left-hand side of a string, like a City in a City, State combination.

Let's take a look at how this function works.

This tutorial will be easier to understand if you take a look at our RIGHT function tutorial first. It uses many of the same concepts!

The syntax for the  function is as follows:

As you might guess, returns the leftmost characters of the string you provide. Here are a couple of examples of in action:

Like , 's argument is technically optional. If you exclude it, will pull only the single leftmost character in the given string, like so:

Like , is also most commonly used with a variable argument to pull a particular substring based on a given delimiter. Take, for example, the following spreadsheet, in which we want to generate a formula to extract the name of a number of cities from City, State combinations: 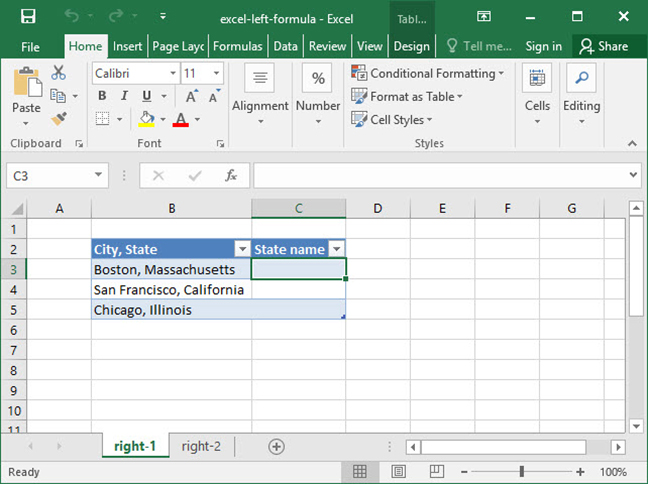 In the above formula, we can't use a static , because the number of characters in each city name is variable. , for example, is a different length than .

So, we construct a more elaborate formula using the function to find the character that separates cities from states, , and run based off of that: 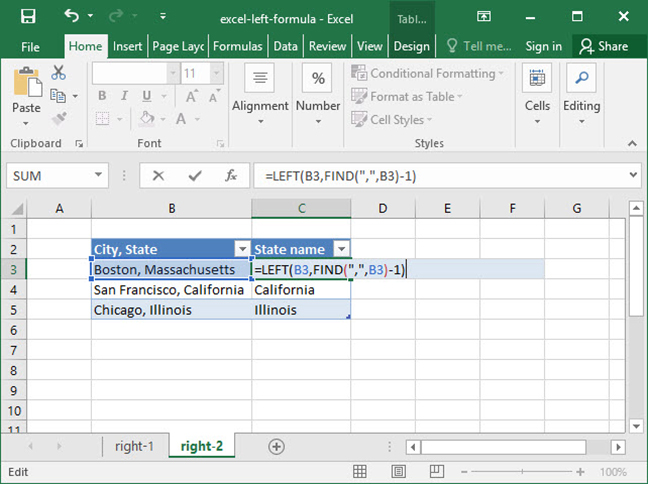 Let's break things down step by step so we can get a better idea of what this function is doing:

Note that this same formula also works when we translate it to other cells: 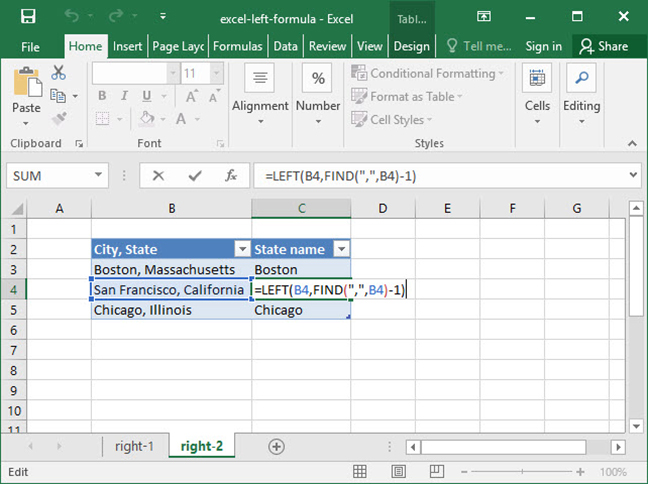 Now that you have a good handle on Excel's formula, you can use it to extract data from strings that would otherwise be very difficult to handle. Enjoy!